The Impact of Wages and Employment on Inflation

The U.S. Federal Reserve continues to work hard to reduce inflation, which has reached 40-year highs. The labor market has remained strong, and with the unemployment rate at 3.7%, giving the Fed plenty of cover to continue raising interest rates aggressively. Heading into final months of 2022, the Fed faces an uphill battle in trying to tame inflation and cool the economy while seeking to avoid a recession.

While Americans are well aware of the connection of inflation to the cost of goods and services such as food and gas, perhaps less well known is the impact of wages and employment on inflation, which can often be much more difficult to predict and control. 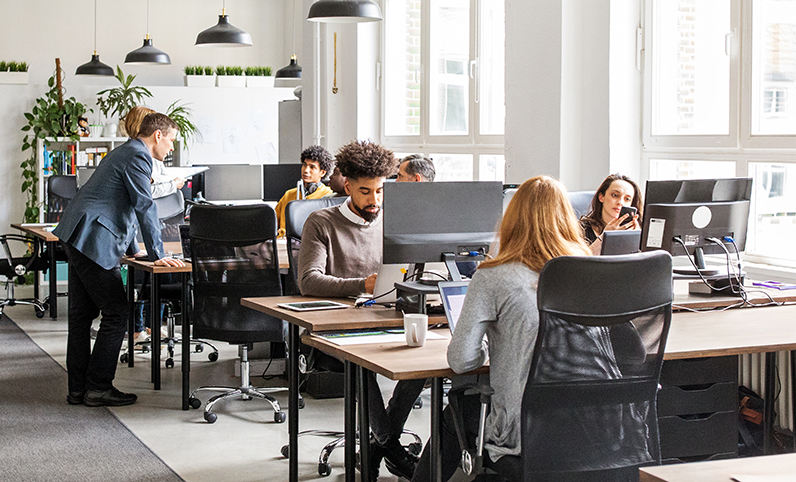 Rising wages over the past year have been a positive for workers as it’s helped offset price pressures, but it has also kept pressure on the Fed to remain aggressive as inflation remains slower to change at very high levels. As average wages have risen, consumer demand for goods and services remains strong, even as interest rates on credit cards and loans have increased. While the labor market remains a bright spot, cracks are starting to show in the economy. The Fed hikes are beginning to take a toll—most notably through the softening housing market and declining auto sales—as consumers reconsider taking on more debt to make larger purchases.

One area that the Fed will continue to pay close attention to is the labor force participation rate, which is the percentage of people 16 years and older who are working or actively looking for work. According to the Bureau of Labor Statistics, the October workforce participation rate of 62.2% was still well below the pre-pandemic rate of 63.4% in February 2020. When fewer people actively seek employment, pressure increases on employers to raise wages to attract and retain qualified workers. A lack of workers to produce goods and services in demand by consumers then pushes prices up, which feeds back into rising wages. A growing labor force would have a positive effect on wage inflation and would be a preferred scenario for the Fed to see labor pressures ease, as opposed to the combination of a softening economy and worker layoffs.

Even as the Fed gets a better handle on wage inflation, external factors such as the war between Russia and Ukraine are likely to continue to disrupt global energy and food prices for the near future. While gasoline prices steadily dropped through the summer, in recent weeks they have begun to creep back up and remain above average from this time last year. Also, as winter approaches, natural gas and other fuels become more essential to heat homes, which could be another significant hit to consumer wallets.

After the Consumer Price Index came in at 8.2% for September, down just 0.1% from August, it became clear that the Fed would need to continue its aggressive rate hikes. On November 2, the Fed raised rates by another 75 basis points, and Fed Chairman Jerome Powell continued to sound very hawkish in his remarks. It’s worth noting that if the Fed rate hikes and those other factors help bring inflation down from where it is currently, that’s a positive trend. However, anything above the Fed’s target rate for inflation of 2% could prevent the Fed from easing its rate hike campaign. That 2% target is generally thought of as indicating “stable prices,” and would provide balance to businesses and workers by allowing businesses to increase prices at around 2% annually and workers to receive cost-of-living wage increases of at least 2% to afford goods and services.

The bottom line is that the Fed is in a tough spot as it aggressively attempts to reduce inflation while trying to avoid tipping the economy into a recession. Financial markets have been volatile this year, as investors adjust to a world with higher interest rates and the potential for a recession in 2023. With this in mind, investors should continue to monitor their portfolios to ensure that their investments align with their risk tolerance and investment timelines, especially if they are nearing their desired retirement age. As always, they should stay focused on long-term investment goals, rather than trying to time markets.

Joseph Gaffoglio is the President of Mutual of America Capital Management LLC.

The views expressed in this article are subject to change at any time based on market and other conditions and should not be construed as a recommendation. This article contains forward-looking statements, which speak only as of the date they were made and involve risks and uncertainties that could cause actual results to differ materially from those expressed herein. Readers are cautioned not to rely on our forward-looking statements. This content is for informational purposes only and not intended to be investment advice.

For employers looking to change or start a new retirement plan

You should consider the investment objectives, risks, and charges and expenses of the investment funds and, if applicable, the variable annuity contract, carefully before investing. This and other information is contained in the funds' prospectuses and summary prospectuses and the contract prospectus or brochure, if applicable, which can be obtained by calling 800.468.3785 or visiting mutualofamerica.com. Read them carefully before investing.